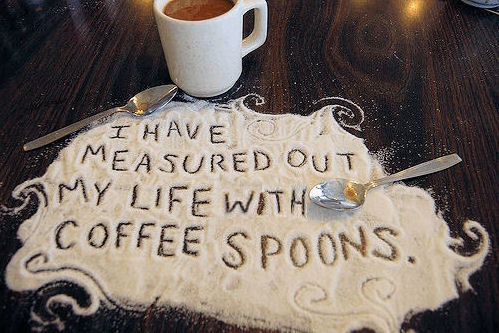 “I have measured” from This Day in Quotes

Hassan is really rather brilliant, and he is really rather negative. He speaks of the allowances and disallowances of critical theory within literary criticism. He draws out the tensions in literary critical theory, reminding me of a time very early in my undergraduate career. I had an instructor who insisted I could not interrogate Eliot’s “Prufrock” through a biographical or historical lens. My directive was to focus on the text and only the text, New Criticism. This made no sense to me whatsoever. I had read criticism that had placed Eliot in London at the time of writing the poem, and setting Prufrock in London,

“Let us go, through certain half-deserted streets,
The muttering retreats
Of restless nights in one-night cheap hotels
And sawdust restaurants with oyster-shells:
Streets that follow like a tedious argument
Of insidious intent
To lead you to an overwhelming question … (Poetry Foundation)

but his history indicated that he was still at Harvard when he wrote the poem, and what I had read described in his poem was New England. This conflict between what was generally believed and what I had actually read was what I wanted to point out in my explication. New Criticism, which is (or was) a keystone of feminist literary theory had failed me. I needed a theory based on close reading that didn’t eliminate the possibilities of critical history. Hassan discusses the difficulties in applying critical theories to literature, “Something mean has entered our debates,” he says. “You can feel it in graduate seminars, scholarly journals, critical conferences, the corridors of academic power,” as he refers to “superb manners of disagreement” (122). How does one reconcile the failures of theory to do fulfill its obligations? How can any part of the framework of the poem (the writer, the history, the culture) be wrenched from theoretical consideration? Hassan, too, “wondered why reviewers, intimate with every cultural vagary, tolerated no experiment in critical style” (123). 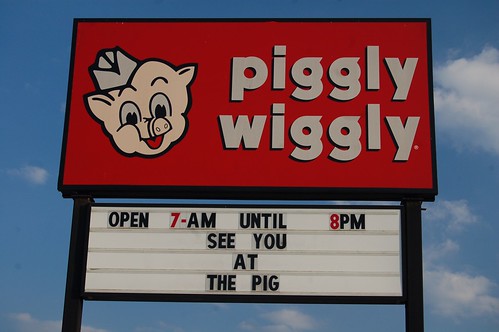 Hassan turns to the university, and “the changing character of American society, the nature of the university, the uses of mind, the scope of free speech—issues seldom debated except as they become grist for the political mills of the Left and Right” (126), reminding me that I’m entering muddied waters as a scholar, a place where the wrong word, the wrong thought released, could end in disaster and leave me packing years of academia into grocery bags at the Piggly Wiggly. See Hellerstein’s “The Phony Debate About Political Correctness” from ThinkProgress

Hassan suggests that the fantasy of the scholar is “we do not feel wholly accountable to reality, to discourses other than our own” (127), and in this sense, he illuminates my dilemma. How can I enter into a feminist conversation about poetry and how women define themselves when my experience is middle-class, white suburbia and reconcile this position with poets who may not be so privileged?

“For there are no new ideas. There are only new ways of making them felt, of examining what our ideas really mean (feel like) on Sunday morning at 7 a.m., after brunch, during wild love, making war, giving birth: while we suffer the old longings, battle the old warnings and fears of being silent and impotent and alone, while tasting our new possibilities and strengths.” -Audre Lorde, “Poems are not Luxuries” 1977